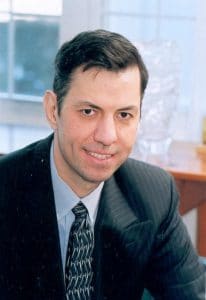 He has led many workshops on spirituality and meditation. He is group leader of Unity Pride, a gay men’s spiritual discussion group in New York City.

Chris has a diverse spiritual background: A graduate of the Unity Urban Ministerial School, he also is a GAYLA Brother and Elder in a gay men’s spiritual retreat in Maine. And he is a student of various spiritual teachers, including Steve Thomson, whose primary teaching is developing psychic senses; Meredith Young Sowers, from whom Chris received a certificate in Intuitive Perception and Energy diagnosis; and Her Holiness Sai Maa Lakshmi Devi, a living Hindu Saint, from whom he received the designation of Wisdom Teacher.

Chris recently launched a podcast called the New Thought Experience, available on many Podcast platforms, and a Zoom Study Group called Westchester Spirituality and New Thought Study Group. The group meets Sundays at 5 p.m. for a service and discussion.